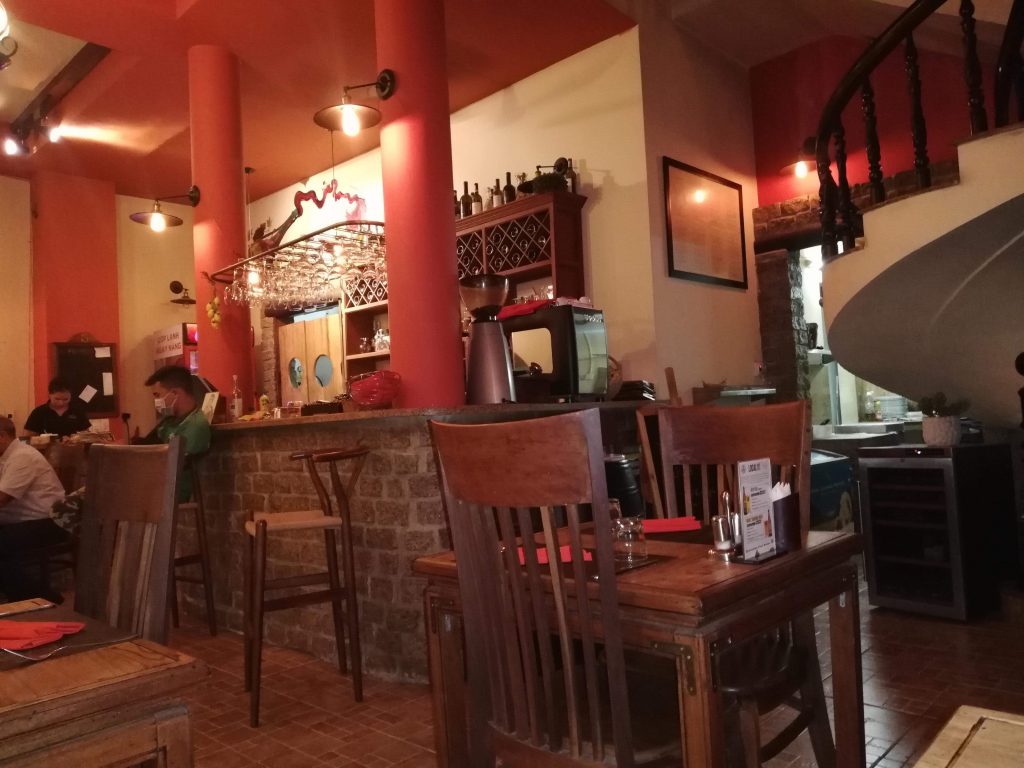 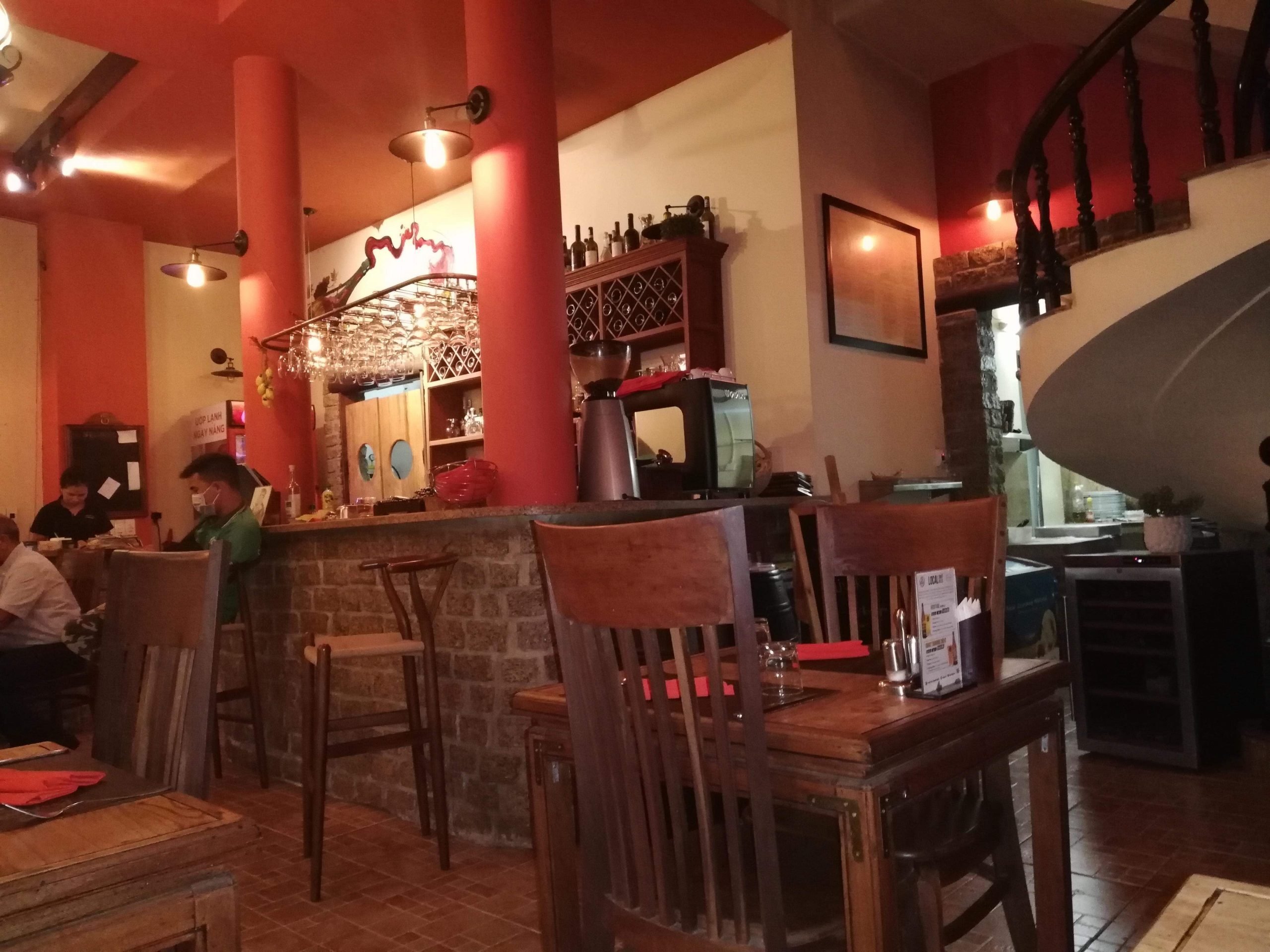 when someone told me there's a restaurant better than Limoncello, I had no reply, I'd never been, until one drunken night...

I was frequently encountering some Malaysian and Singaporean oil drillers at Riverside bars in Danang. They were a rowdy fun bunch who spent a shit ton of money on booze, and booze only. Once we had established a balanced exchange of words, we discussed the best places to eat in Danang. The Singaporean said he had just been to My Casa, and said it was the best place in the city, even better than Limoncello.

Well, I had only been to My Casa, so I just agreed like some snivelling school girl. I had also been to Torino, which I consider to a fine establishment with decent Italian food. The name Limoncello sounded like a piece of shit Italian restaurant in a piece of shit town where shit things happen, such as Aldershot. But this is Danang so it was likely that I was wrong. It was a long time before I got the chance to go to Limoncello, due to lockdowns and forgetting, but one rainy drunken Monday I decided to give a go.

First impressions were, this is OK. I mean look at the photo at the top, looks nice enough don't it? The one concern I had was, will I order the right thing, and has lockdown been too long for standards to have been maintained?

I knew what sort of thing I wanted, but I wasn't sure if what I wanted would be the best selection. The frebees of bread sticks and generic bread appeared to be a bad omen. Even restaurants in Doncaster, the pinnacle of bad decisions, would not dare serve such things even for free. Torino, my favourite Italian place in Danang, was already ahead by a substantial points lead. The bread was no way near as good, not that I'm some bread wanker, but you know, a man can still rate bread. I didn't take my usual time choosing what to eat, which I am often told is two months in dog years, I just went for it.

I ordered Insalata di Mare, the Chef's special seafood salad with squid, clams, olives, green beans and celery, with a mango dressing. Just writing that makes me feel like total c*nt, but it's what I did. That would be followed by Tortelli di Carne in Salsa Pomodoro Fresca, Cipolloto e Speck, which sounds like a Brazilian footballers full name, but was just braised beef ravioli with tomato and spec ham. I was unsure about these choices, but I was drunk, so I ordered some wine too.

When the salad arrived, I was relieved. 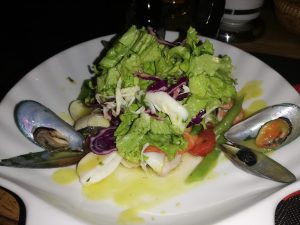 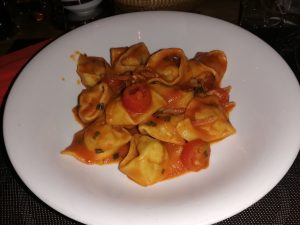 When I tried my first bite, I was elated. The seafood was all there me sons, I definitely had more character than the first salad I tried at Torino, and price wise, it was just mildly offensive.

After smashing that into slobbering but handsome mouth, I was swiftly delivered the tortelli.

The tortelli was cooked well, rather than well cooked, and the meat inside was not sloppy like I expected, but almost al dente itself.

And the sauce definitely had a nice delicate flavour as promised. So all round, it was great, and I would probably had appreciated it more had I been sober.

Maybe the only disappointments I had came in the shape of the presumption of stereotypes. I want my Italian places to be slightly offensive, like Jamaican bars and Scottish delicatessens. I want people dressed up in a way an every-day Joe and Jane would imagine the people of that country to dress. I expect Andrea Bocelli to be blasted out whilst the owner runs around pinching girls on the backside. But that's just me.

It's a good spot, the music volume was set to a very-very background level. The staff, well, staff member, was very good but not OTT like My Casa, where the staffs attentiveness is millimetres from crossing the line into harassment.

Even the owner was there, the only other person's there as it goes (which happens a lot during these weird times), and he came over briefly to ask about my level of satisfaction. This was probably due to me constantly writing this blog and taking photos like some 19 year old with the self esteem of a eunoc sand mole, but it's all appreciated baby.

Limoncello is a good spot, and has rightly earned itself the accolade as being one of the best in Danang, though I only heard this statement from a drunk oil rigger, it still counts.