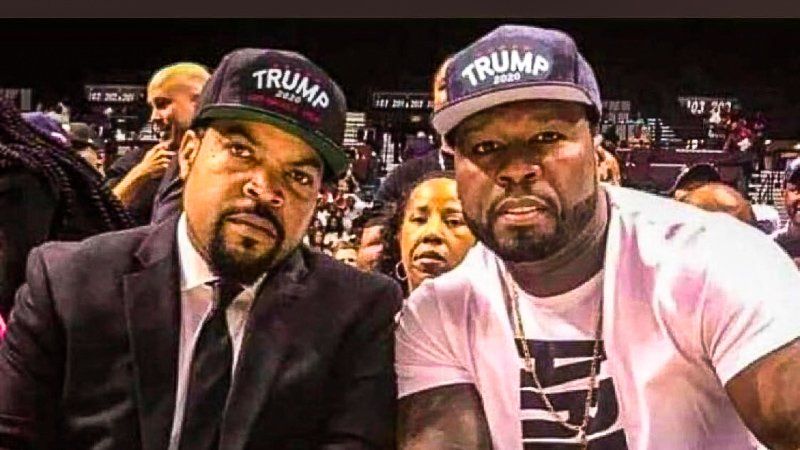 50 Cent Gets Cancelled for Tax Purposes

50 Cent Gets Cancelled for Tax Purposes

When I saw 50 Cent post a picture on Instagram of Joe Biden’s tax plans for selected states, 50’s comments did not surprise me. A huge tax bill of over 60% for the state 50 calls home was never going to be a popular policy for a man who has done everything he can to make sure his money is never taken from him. 50 Cent once declared bankruptcy for the sole purpose of not having to pay any money out to angry adversaries trying to sue him.

Curtis Jackson is a man who doesn’t care about what you think or your feelings, he is a driven self made individual who protects his bag. He’s not going to be keen on any idea that sees the government entitled to more of your money than you are. In the end, no-one really cares as much about personality as they do policy. No-one cares if Gillette are super sound to women, they want to shave their faces without slicing open their chins. So 50 Cent saying he would vote for Trump is unsurprising. But we must also remember that 50 is a tier one troll.

50 Cent has said countless crazy things, often applying a zero chill approach, this statement related to tax bills is far from his craziest. Regardless of whether his tongue was poking his bullet ridden cheek, the hit pieces came in faster than Michael Johnson on a non-drug testing day.

I happened to see a Facebook post circulated to a hip hop group by Cracker-damus himself, Sean King. Sean had decided that the very day 50 had made such a comment that it was time to expose him. Sean ranted on about a photo of 50 posing with a man who King claimed was the most corrupt NYPD officer of all time, and a friend of 50’s. He went on in detail about the various crimes committed by this officer, finishing with how 50 should essentially be cancelled.

I’ll cut to the chase on this. Sean King had no incentive to let the world know about 50’s so called friend who had committed so many alleged crimes as a Police officer before 50 decided to make a quick statement, that may even be a joke, about voting Trump.

The hit pieces flew out so fast it took my breath away, and virtuous outrage mob of the hip-hop fandom community followed like good little Maoist hate mobs in attacking 50. This almost throw away comment, much like many of Trumps comments that were used as so called proof of his bigotry, was enough to lead to all out character assassination.

The left side of the aisle are very much the same as deranged Jihadis, once you leave you are an apostate who must be terminated. 50 Cent has a long history of endorsing corporate whore politicians, much like many other rick celebrities, but they were on team “good” so that was acceptable. Ice Cube just said he went with the political party who came with the best offer, which is what a good business decision is usually based on, but that was not OK, he was a traitor to The Cathedral and is now Benedict Arnold once again. It’s astonishing how fast they act to destroy people, and if there was ever a more blatant example of just how vile they are, this is surely the one.

Not only does it expose their disgust for free thinking and wanting leverage, it also reveals it to a community synonymous with the black community. The hip-hop world was built on the underdog spirit and always had choice words for those who wanted to silence them.

From 2 Live Crew to NWA to 2Pac to Eminem, they establishment has done everything it can to silence and censor the art form. Now you have two very successful artists who have transcended being just rappers to media and business moguls, who have endured attacks from not just people in their musical and living communities, but also from the mainstream press and politicians, under attack from the whole left wing establishment.

Two artists who have donated and campaigned for this Cathedral and been embraced by all those who keep it in power. And yet, with a single Tweet or Instagram post, they are now to be cancelled. This may be a pinnacle moment where that hip-hop community sees how it all really works, and that community is at forefront of culture.

This could be a monumental event that shifts the entire political spectrum, because once that community see the left aisle for what it really is, their influence may just spread the message, and you might just see a very different mindset by 2024.

Or maybe not. That’s what should happen, but whether it does, who knows. But what is clear is that two men who have faced cancellation from all sides for decades, who have overcome every attack imaginable to keep on an upward path to glory, may find themselves meeting their match. Irv Gotti did all he could to prevent 50 from getting a foot in the door, the gunmen who shot him 9 times almost stopped him from breathing and lost him a record deal, and others tried all they could to label 50 a snitch, but he survived it.

But 50 lives in the mainstream realm now, he has TV shows, TV deals, movie deals, book deals, product endorsements, and 50 has never had to properly face the full brunt of the NPC media and their henchmen. Looking back at every troll and aggressive move 50 has made over the years may make him seem like he can’t be cancelled, but they have never had a reason to drag all up to the kangaroo court of bad public opinion before. He’s got enough dirt to have a monumental public shaming, and regardless of whether Starz know exactly who they are doing business with, once the court of public opinion makes it’s demands, we may see 50 getting cancelled left right and centre.

9 bullets couldn’t kill him, but suggesting he’d vote for Trump because he prefers his tax policies just might. 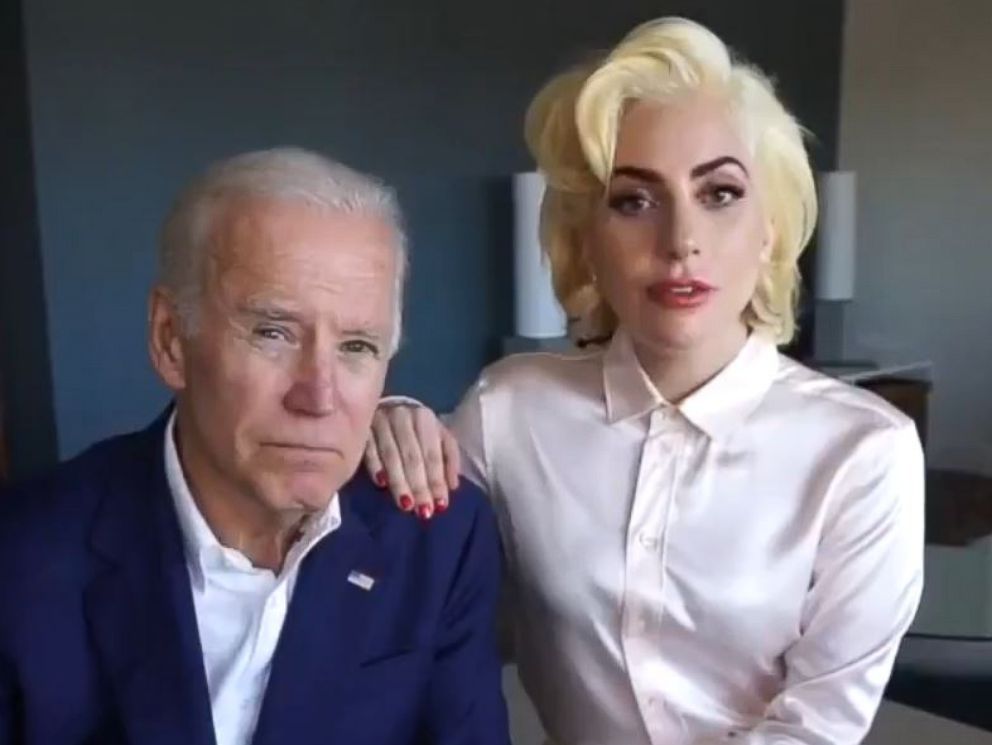 What good are celebrity endorsements? They’re very good. Celebrities can dictate fashion and culture. No right-minded thug in the hood would drink Alize from just looking at the bottle or even from tasting it’s in your face sickly-sweet fruit assault. But Tupac drank Alize, and suddenly real manly men were necking alcoholic beverages that were best suited to 14 year old white girls crying on a park swing at 2am.

It’s amazing what they can do. However you may notice celebrities don’t often endorse, not are they asked to endorse, things like chemotherapy treatments, missile logistic software, or innovations in mineral extraction. That’s because these are complicated things, and celebrities, like many modern politicians, cannot process complicated things.

Celebrities prefer to be admired and gushed over, like notorious serial killers on death row who receive thousands of love letters from women who have truly given up on pursuing the non-existent Mr Perfect that their silly childhood books said exist. And there’s nothing better than receiving praise for doing nothing, this is the coolest hustle in history.

A celebrity can stand in front of a crowd and declare that they stand against racism, and the crowd will cheer. The celebrity will tell their adoring fandom that this is in fact a very brave thing to do, and the crowd agree, even though the concept of racism is almost unanimously denounced by the entire western world, and denouncing it is about as radical as a white girl wiping mayonnaise from her lip with a beige handkerchief in an egg shell white room; they still insist they are stunning and brave.

A celebrity endorsing a political party that is endorsed by 90% of the entertainment industry is as startling as Candace Owens denouncing abortion at a pro-life convention, you’re not going to raise too many eyebrows and your mansion will not be fire bombed by Rob Reiner.

Celebrity endorsements aren’t worth shit to intelligence, but are great for shallow one stop thinkers. Taylor Swift could endorse a eugenics program and thousands of little girls across the globe would get tattoos of Margaret Sanger on their recently cosmetically enlarged behinds (inspired by Kim K and the Cuties PR team). Dave Chappelle once joked about “somebody get Ja Rule on the phone so he can make sense of all this”, well sorry Dave, this is 2020 and Ja Rule is consulting an inner city commission on tax credits funded by the DNC.

I blame Tony Blair, because before he decided to invite Bono to the Northern Ireland peace talks, we had almost won the war on nonsense.
Thing about politics is it’s best left to people who understand stuff, and celebrities, especially musicians, ought to just do what they do, make music and sleep with fans. I’m about as interested in hearing who Future thinks you should vote for as I am hearing a Mike Pence DJ set at Sidewinder, stick to your lanes please.