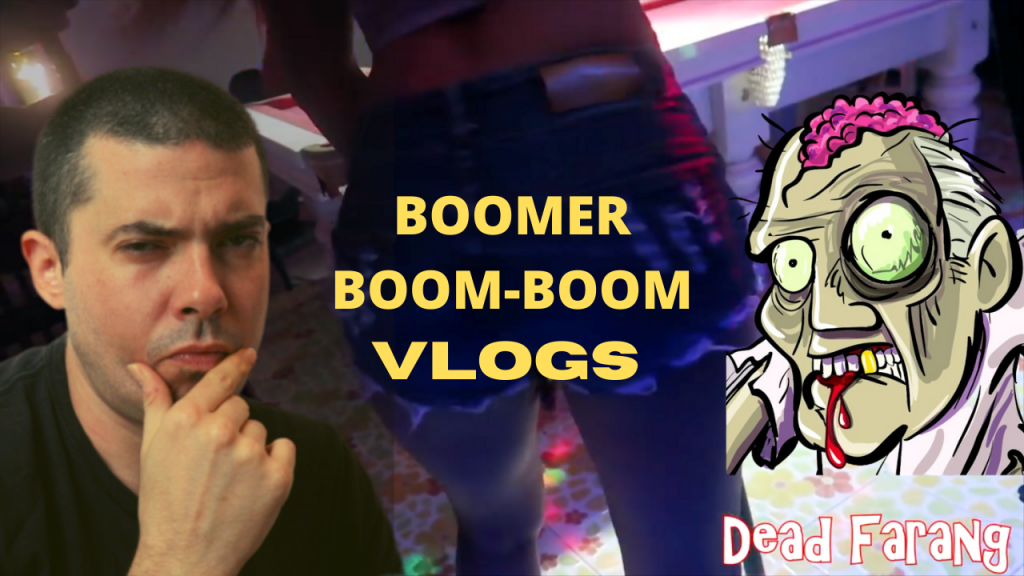 Travel Vloggers can be a bore and also vacuous, but not the boomer Vloggers. These are meat and potatoes kind of content creators, and some of the most fascinating ones are, quite frankly, sex tourists.

Dead Farang, a legend in the world of "alternative lifestyle" travel vlogging. He doesn't care for waterfalls, exotic regional cuisine, or filthy backpacking hostels. He's got the information you want about beer, birds, and pool tables.

Karaoke – The Scourge of Vietnam

Karaoke – The Scourge of Vietnam

The Heaven and Hell Marble Mountain

The Heaven and Hell Marble Mountain 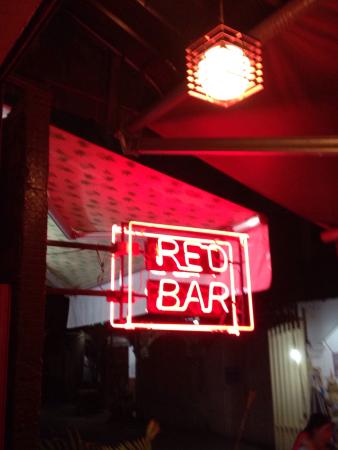 Hipster bars are now officially everywhere, there is not escape...

When I first researched Cambodia, I was given the impression that it was a run down Wild West type situation. On first inspection, I saw it was filled with fucked up looking westerners who had given up on Thailand, and in turn, given up on life. I was amazed to see a busted looking old honky-tron passed out stone cold on the bank of the Mekong river at 2 in the afternoon. Not long after that I saw another man in his 50's, pinging his ballsack off at a small cafe nearby. This fuck did't even have the decency to wear a t-shirt, just a grubby vest and skanked shorts covered in their bad choice of breakfast.
But these failures of societies blessed norms were a welcome site compared with what I witnessed at Red Bar.

Like many newbies in a strange city, I consulted google for guidance. Unfortunately google's algorithm has a tendency to prefer the mundane and played out. I searched for variables of the usual: best street food, best restaurants, best clubs, best markets, best bars. Now the latter is what we are focusing on, the rest is of no concern for you right now. But trust me, you'll want to have a long hard think about how you research ANY of these decisions in the future after reading these paragraphs of disdain.
The guide I selected was the same guide that told me about the other things I was looking to discover. Street food, restaurants, clubs and markets: Culture Trip. I won't put their web address in, they have paid me nothing and therefore I owe them fuck all. I will say they did good on the pizza place I found (because, you know, when in Cambodia you gots to have a pizza). When I looked at their guide for bars, I discovered a pattern of coincidence. Turned out that the Airbnb I had booked out of pure financial convenience was a skip and mince from the best bars, restaurants, and something else I can't remember. So it made sense to check out these places that came so highly recommended as they were so close.
Red Bar was described as some sort of hip tank hole, but I did not really care for that aspect, it was the $1 draught lagers that sold it to me. You cannot go wrong with that sort of deal. NEVER. Even during my first drinking excursion here I found two venues selling 75 cent draughts during happy hour time frames that would make any British man wet as a cum soaked cucumber. Those venues had appalling service and played the same song every 22 minutes, but I got drunk for the cheapest price I have paid in 25 years, so I didn't care.

Now paying $1 for drinks at a place that is on THE LIST of places to drink in a nations capital was too good to pass up. Plus, as mentioned, it was round the fucking corner.
Now let it be clear, I use to work in Shoreditch, in fact I worked there in 2006, 2007, 2008, 2015 and 2016. I did my tours of duty in wanker land, I earned these stripes. These stripes give me the expertise to judge a full functioning wank hole and warn potential customers of what pitfalls of spunk buggery awaits them.
This place had the cheap drinks, cheap cocktails, but also had the un-mistakebale musk of wank. Not just uber east London wank, but uber worldwide dry wank. Dry wank is the worse wank of all. It's not shit enough to laugh about, and it's not great enough to rave about. It has no emotion. It does not disappoint, it does not annoy, it does not please, it does not anger, it does not make you horny. It's juts there, and the patrons are just there. And the furniture is just there. It's all just there. That's it. Nothing to be angry about, nothing to be excited about. Just... nothing.
The clientele I first noticed were wacky Chinese tourists, at a guess, playing some variation of rock, paper, scissor that got them ever so excited. But that was as interesting as it got. One after another, various ex pat westerners entered and left, dressed in short shorts and forgettable t-shirts. They were the same person, flowing awkwardly in and out. Later on two Americans entered, their nationality was more obvious as they were louder than anyone else. One of them proceeded to talk about tech to the two east Asian looking ladies. Where they were from was not so obvious as they were quieter, so not so obviously American. When I am sat in a dry venue with aspirations of quirkiness and I hear Americans talk about tech, I know I am done. Too often when working near old street I would sit in Hoxton square during lunch breaks eating. Americans would circle the square in pairs having some sort of power walking meeting. As they would pass me by every few minutes, I would overhear tech talk and mutterings about social media engagement. This made me wish for some sort of apocalyptic incident to occur and annihilate the entire shit show of it all. These snippets of talk made me realise how London had been invaded and impregnated by wankery and there was no longer any hope.
The very small area where Red Bar contains a microcosm of wankery venues. This was what Hoxton and Shoreditch once was many years ago. It started so small that it was quaint and interesting. I'm sure that back then it was more interesting though as the age of wankery was not in full affect. But now the age of wankery has overstayed it's welcome and here it is, in Phnom Penh, a rugged third world city. It's a city that has no idea what wank awaits it in the future. This area will grow until it sprawls, and once it sprawls the prices will not justify putting up with a mundane experience that I had. Not one person here was excited or exciting, they were just there because that's where they are supposed to be.

What You Wanna Do Now?