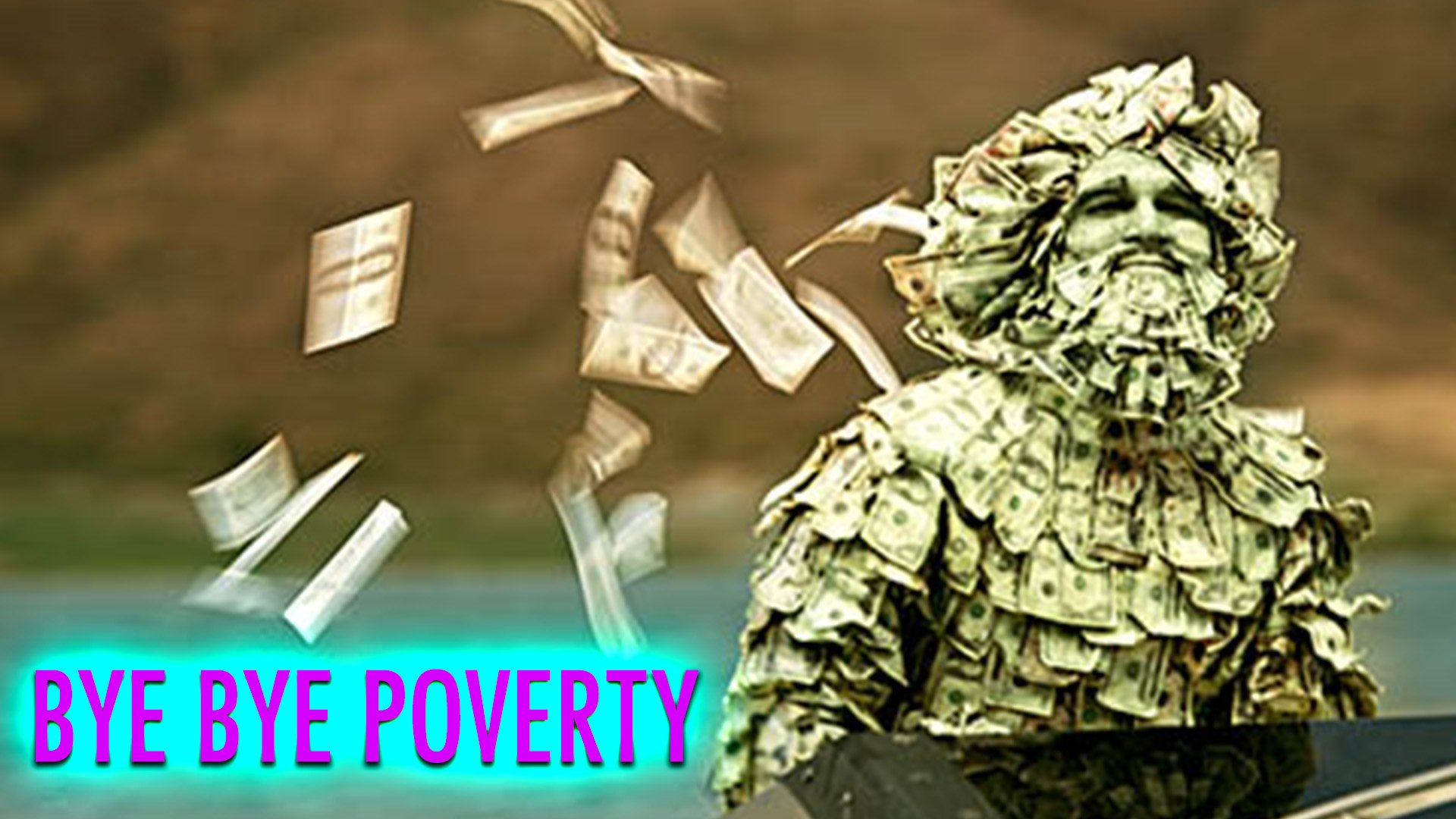 When I see those Tik Tok videos of migrants headed to the British coast packed into boats, I feel sadness. I look at their eager faces and hopeful eyes and think: you’re going the wrong way. I know they’ll get something out of it, but for you natives, you should be jumping on the boat and taking the return journey.

It’s similar to those who live on a bullet ridden estates of London. Many will try for years to swap their council accommodation with someone in an are less-gunny. And for years they will have no joy, whilst seeing an influx of young middle class out of towner’s actually choosing to pay ridiculous rates of rent to live in the same hell hole. They look at those fresh young faces and just think, “what a mug.”

Back in 2006 I was given a job working in telephone marketing for a banking back-room conference business (and it’s as exciting as it sounds). The pay was £8 an hour, the best wage I’d ever had, except for when I worked with my dad cleaning offices, but he was the boss and I don’t count nepotism as success. You may sniff at £8 an hour and call it poverty wages, but trust me, back then this was baller money in London for someone like me.

During that golden period I was partying hard, I could buy all the crack, coke, and crow I wanted, I was drinking in overpriced east London bars on my lunch break, I use to go out to restaurants during the week and dine alone. Dine alone? Why? Because I could. I had 8 pairs of trainers, ridiculous Italian designer clothes, and stupid gold watch. I even had £1000 in savings that I never ate into. People the same age now would have no idea how great living in London was back then, all they know now are fantasies of overdosing on Fentanyl. Life was once very fast and very fun.

Fast forward to 2016, and I was back in the same type of industry. Having completed a film degree (yes, I sold out, the shame is real) I had a plan. I had a little business, but this was going to take a long time to become profitable, and I had my YouTube lunacy, but I had, and still have, ambitions to make film.

So I had this plan. I would get work straight away in the industry where I knew I could get decent wages and fast. The phone monkey industry. After that I would pursue a better paying job in customer service, something I had a lot of experience in, and during that time I would grind to achieve phase 3, which would be working in the film industry, doing whatever was available, so I could climb a greasy ladder and gain a foot in the door.

I went to work for a company that did telephone market research, mainly for government departments. I had actually applied for this job way back in 2007, before finding a better paying one and choosing that instead (£8.50 an hour, the big bucks). Thing is, 10 years ago the wage was £7.50 (which was topped up to £7.95 with holiday pay), in 2016 the wages were £8.50, topped up to £8.95 with holiday pay.

So in 10 years, the wages had increased by £1. 10 years ago, I was paying £80 a week to live near Kennington Park, roll on to 2016 and I would be paying about £120 - £140 a week for the same address. Luckily for me I was able to sub-let from a very good friend, costing me about £500 per month excluding water and electric (we won’t discuss the ins and outs of council tax, it just wasn’t on the bill).

If I didn’t have my friend, I’d be fucked. It’s not just the price of rent that went up, everything went up, except minimum wage. How can a man do the same job and earn less for it after 10 years? This didn’t bother me at first, because I expected to have this job for a month minimum. Wrong. Dead wrong. I was there up until January 2018, and I’d left London by that point to do it as a home worker. I couldn’t find any other work, my 3 phase plan was flawed. I decided to go straight to phase 3 and ride it out as a phone monkey, and this ate away at my soul.

My place of work was only round the corner from where I worked in 2006. When I would finish work and walk to the bus stop, I would pass places I once frequently inhabited, and I would keep walking. I could no longer afford to ball and boss it like I was Captain Money Pockets, I was a walking embodiment of poverty. What was worse is that during these modern times, the whole area now had PR people for clubs and bars, like it was Magaluf in high season (and I expect they earned less than me, well I bloody hope they did), and these PR people wouldn’t even harass me to come into their overpriced dump, they could see how down-beaten and broke I was, and they didn’t want to get infected with my poverty. Bunch of pricks.

This is the foundation of many stories and many talking points about wealth gaps, stagnated wages, inflation and why the minimum wage is bogus, but that’s not the story I’m telling on this occasion. Because I didn’t hang around to try and change the system or smash the establishment, I just left London, and then I left the whole damn continent.

You see, I kept going with that job because I had an opportunity and a better plan. I was done with how expensive and un-inspiring the UK had become. London became a soulless overprice death swamp, and I didn’t want any part of it. Even the countryside where I spent almost two thirds of my life had become overpriced. I gained home-working status and made a deal with my parents to live with them and work from their’s. I would build up the money to get the hell out of the UK and live a better life far away.

What ended up happening was an even better opportunity came which allowed me to leave the country and continue working, but I’ll save that for another story. All you need to know is my plan came into affect, and I left. Since then, my quality of life has been better than you can imagine.

Now I am in south east Asia, I am not a poor man, in fact, compared to a huge number of people, I’m rich. The work I do equates to the same wages I got in London, but I work about a third of the hours. In London I was having to work every day at one point, and many of those days were 12 hours long. These days, 4 hours work is the same as 12 hours work, so I have way more free time, but crucially, the cost of living has decreased.

I have rented some places for £110 a month, not £120 a week. And these places aren’t a shit den in the middle of a gunny south London estate, these are places with cleaning services, air-con, swimming pools, hot tubs, gyms, and high speed internet. I eat out as often as I like, I can drink myself to death every day if I want to it’s so fucking cheap. I can buy 5 kilo’s of peanuts for £1.50, I can eat half a dozen oysters for even less.

The quality of life is astonishing. But that’s for me, a westerner earning western wages. But I’m pretty much on a low hourly wage compared to many others, if I was a proper nomad bro and coding websites or had an Amazon shop, I’d be on 4 to 10 times what I earn. But I’m still rich, and I rarely worry about the price of most things, because I always know it’s going to be fucking cheap. The best part of all, and one that may seem contentious, is that I am treated like I’m rich. This is a very new thing for me, and something I haven’t gotten use to. As a westerner, there are many places you will go where you are accommodated.

To put it into perspective, imagine being a rock star going to the Ivy. Imagine going to a bar and buying a mack daddy cocktail and being pampered like a prince, with staff falling over themselves to make sure everything is to your satisfaction. A place where you can call over a waiter and make requests and they’re carried out! Imagine that happening but you don’t work for Goldman Sachs, you’re earning poor mans money in your homeland, and yet here you are, a rich man doing rich man things.

Imagine your toilet gets blocked and you call your shitty slum-lord landlord and ask him to fix it, and instead of them whining and not giving you a definitive time and date for when they can be bothered to call someone up to come round and fix it, they’re instead mortified that you are so inconvenienced, and a team of plumbers arrive quicker than is even considered convenient! That’s what you get.

This isn’t why I came out here, it’s just a very unexpected bonus, and one I never take for granted. It’s unbelievable that I can be earning such low amounts of money and be a certified budget king. Being poor is relative. I could have been trapped in that call centre for 10 years, and believe me that many others have been, and just dreamed of making life changing money. I didn’t make a move to make life changing money, I just changed my situation and made that poverty money into rich man money.

This all sounds like a long sales pitch for some hack course I’ve created, but unfortunately it’s not (I could sell a really good overpriced online course with this kind of story). Because you’re reading this, you are seeing part of what I love doing, and I have time to do it, because I changed my situation, not my finances, and that’s moral to this yarn.

The answer to solving a problem might just be asking a different question. It’s not how do I make more money, it’s how do I make my money go further. I’ve sacrificed being around friends and family, and it’s had it’s repercussions, but I am a much happier and better person to know now,  so it’s paid off in the long run. Poverty stinks, get away from it, go to a poor country.

To be wealthy you need to save more than you spend. That is achievable here. 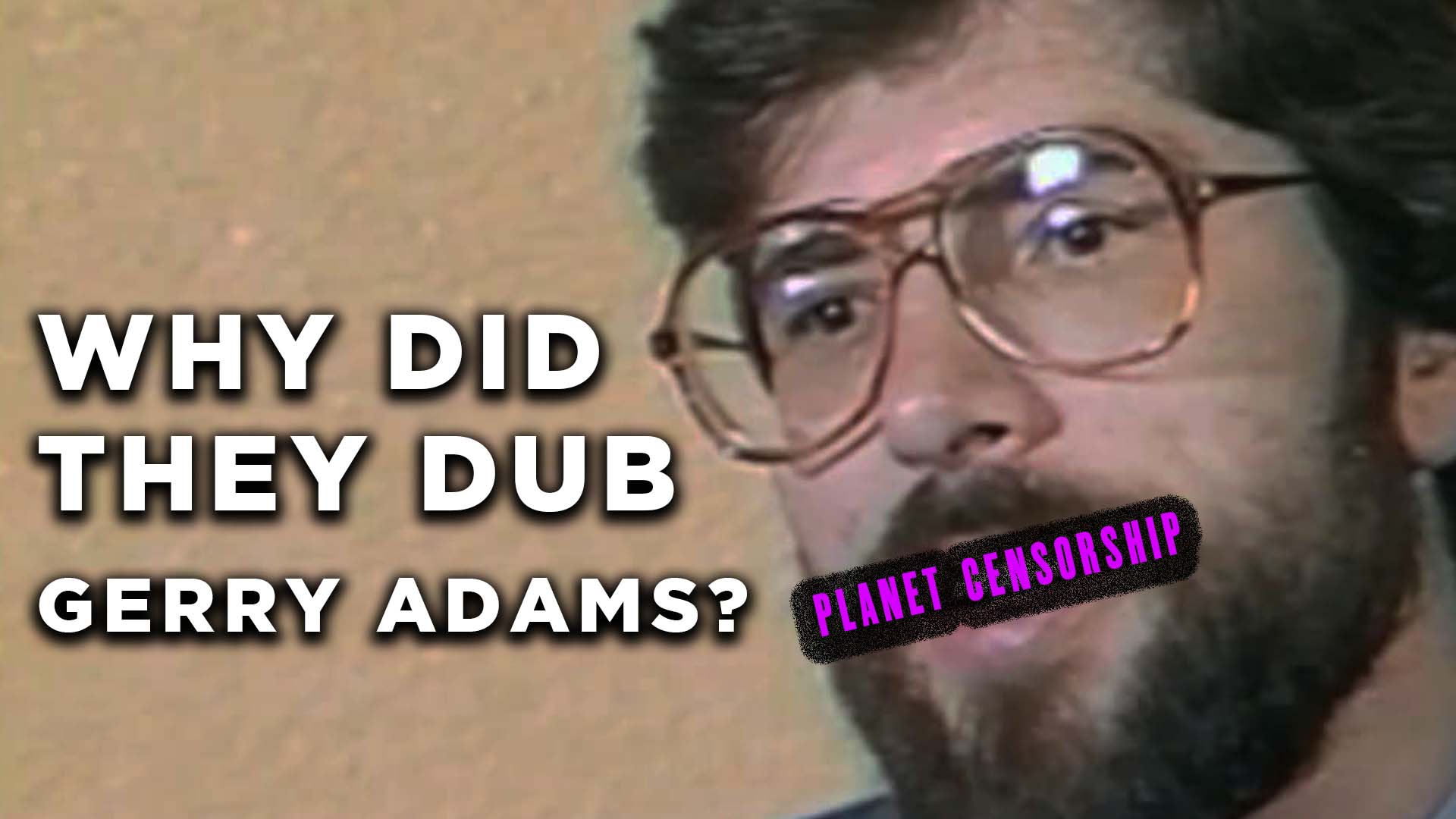 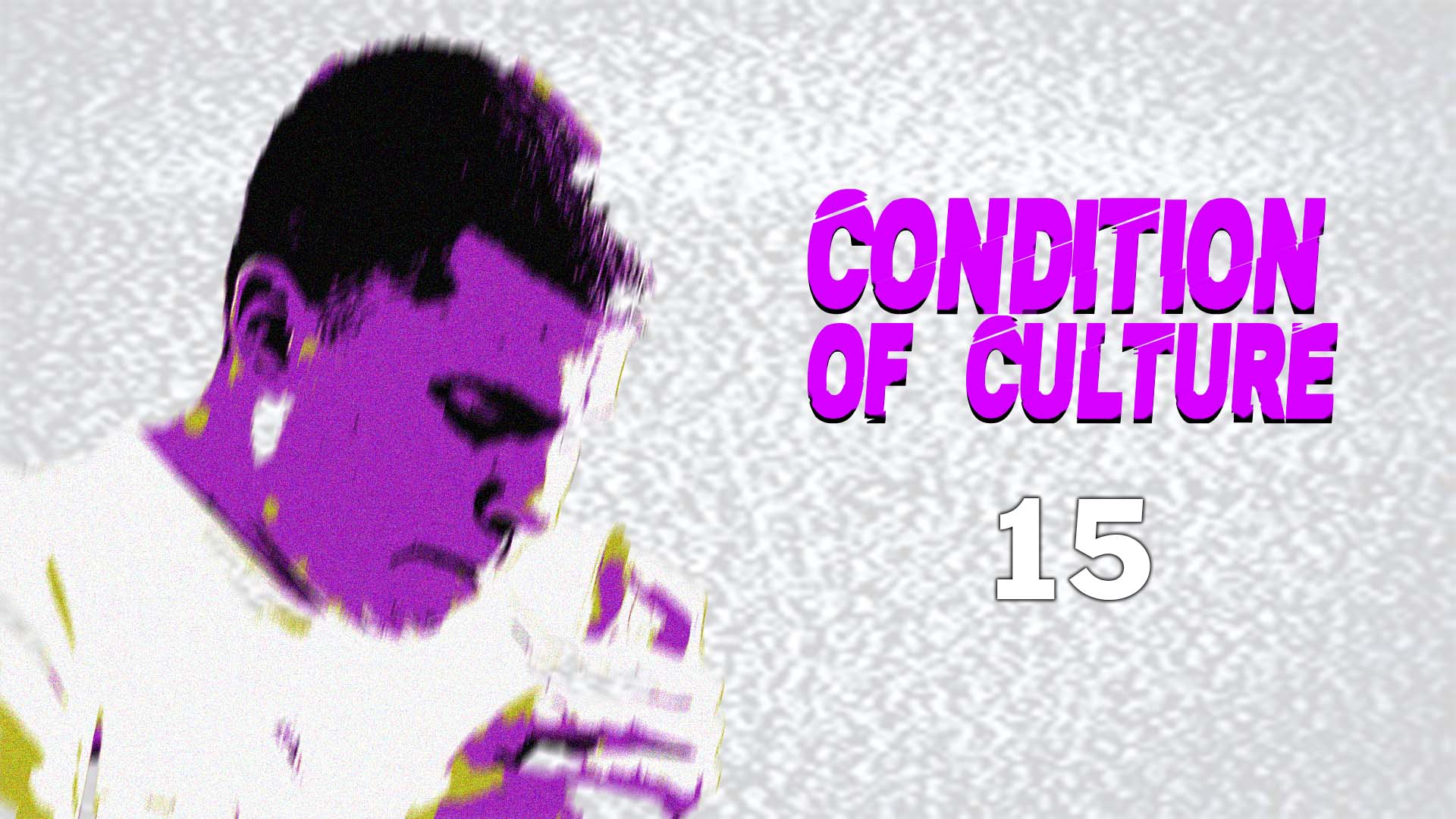 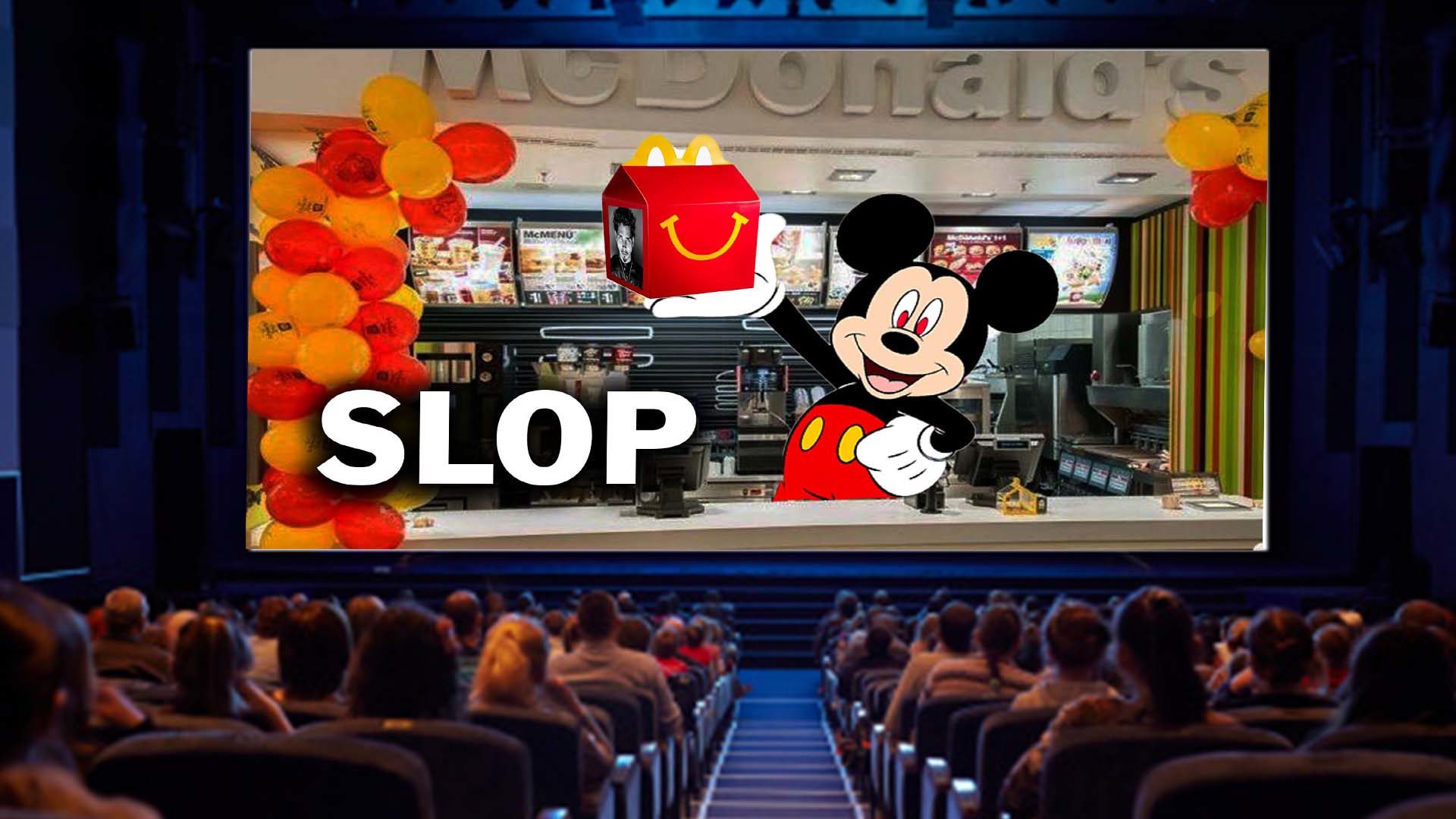 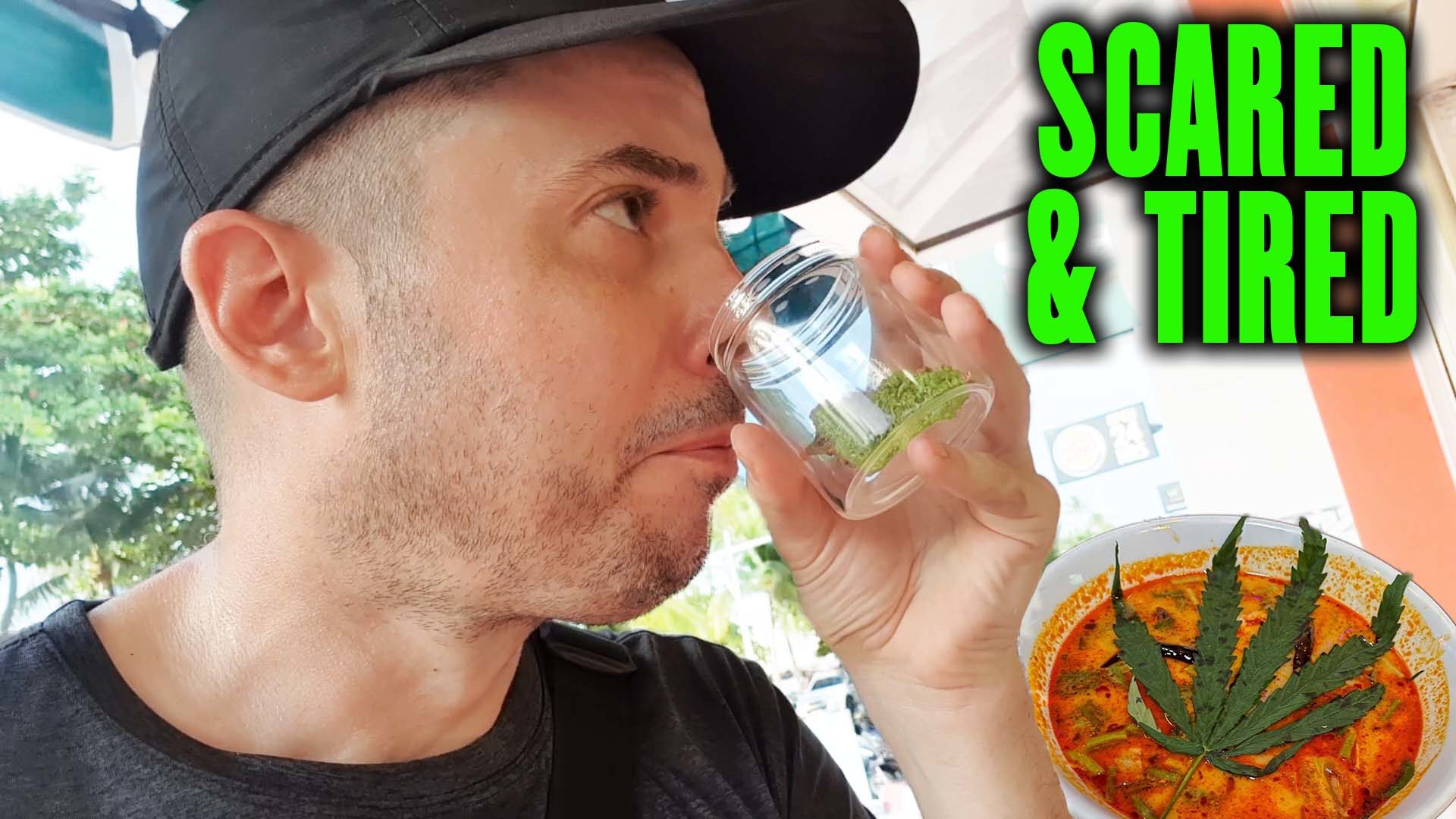 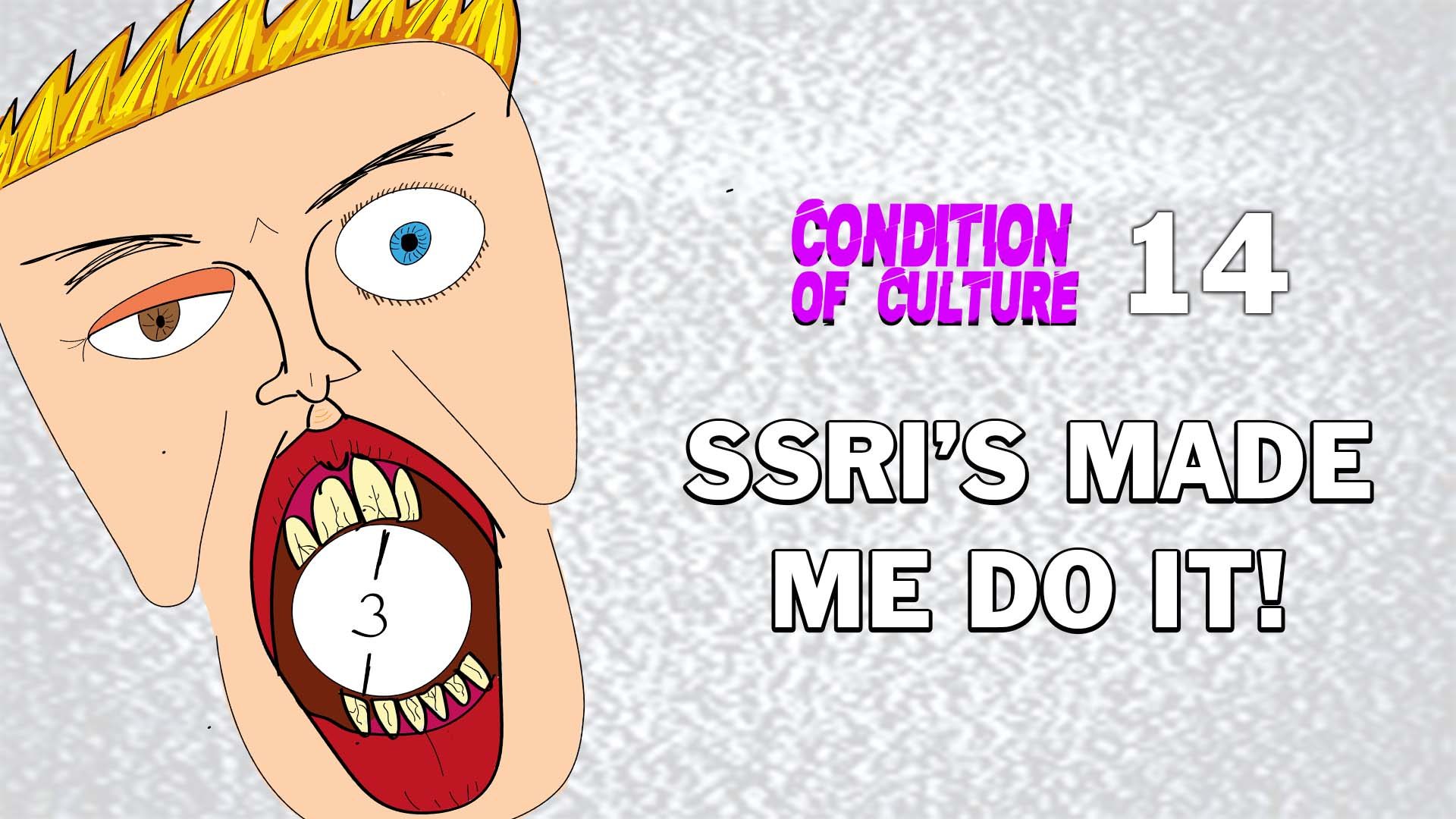 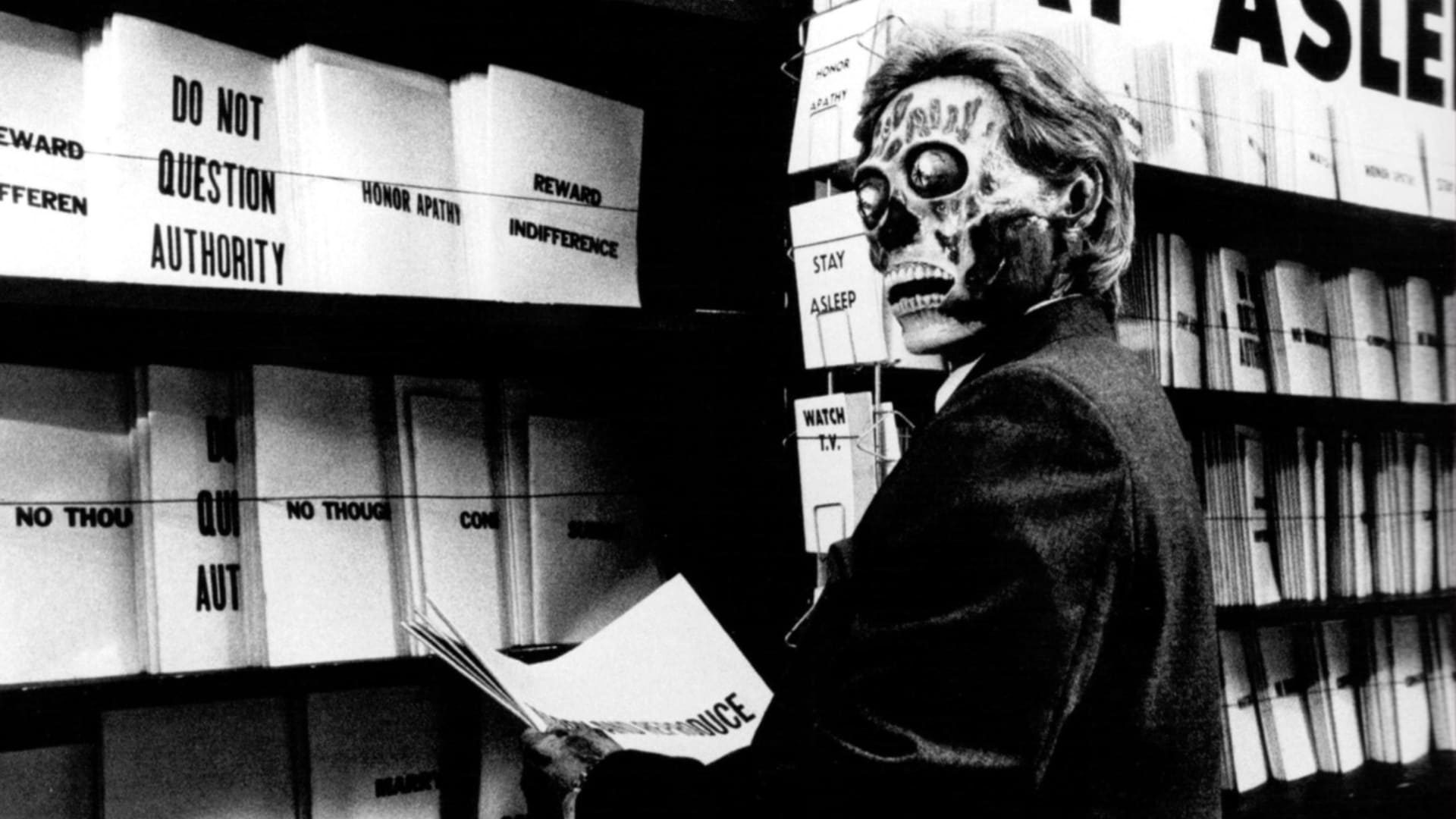 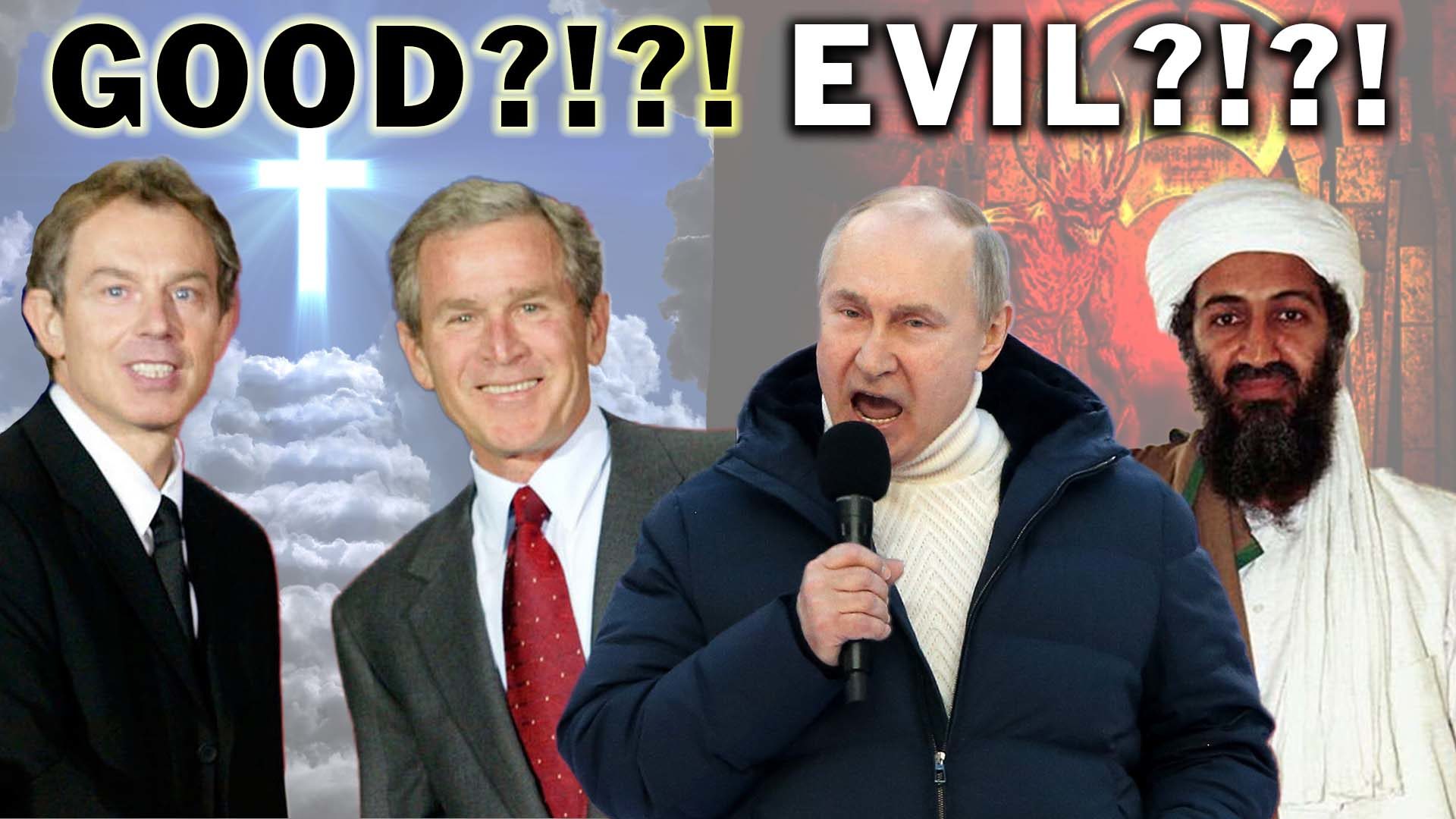 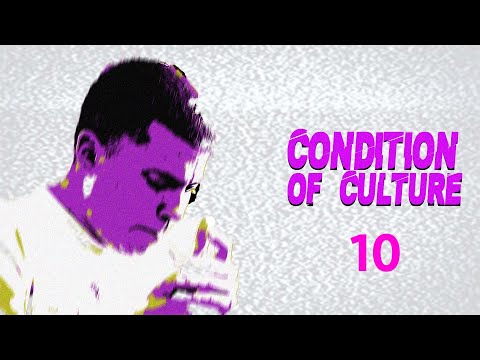 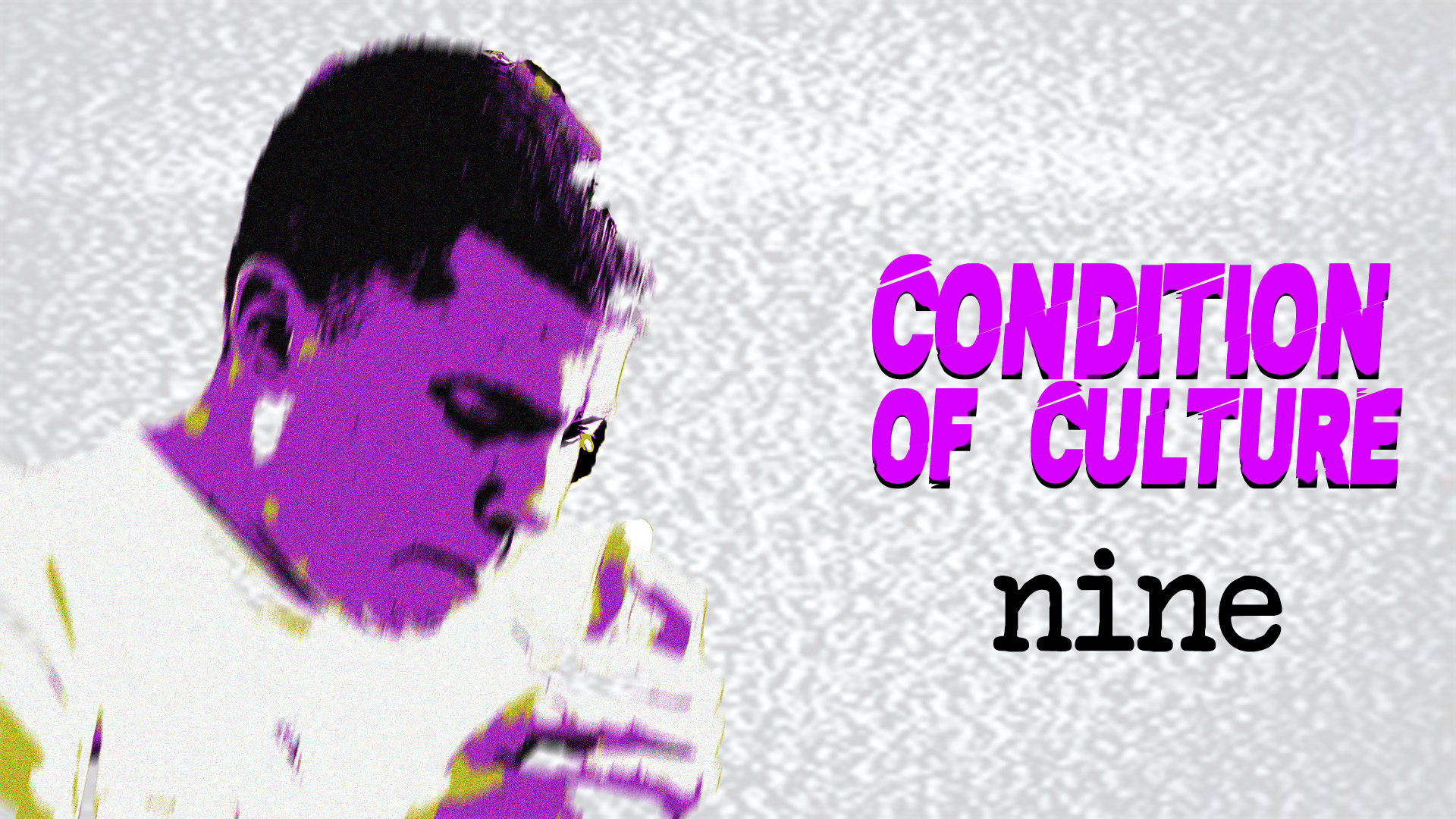 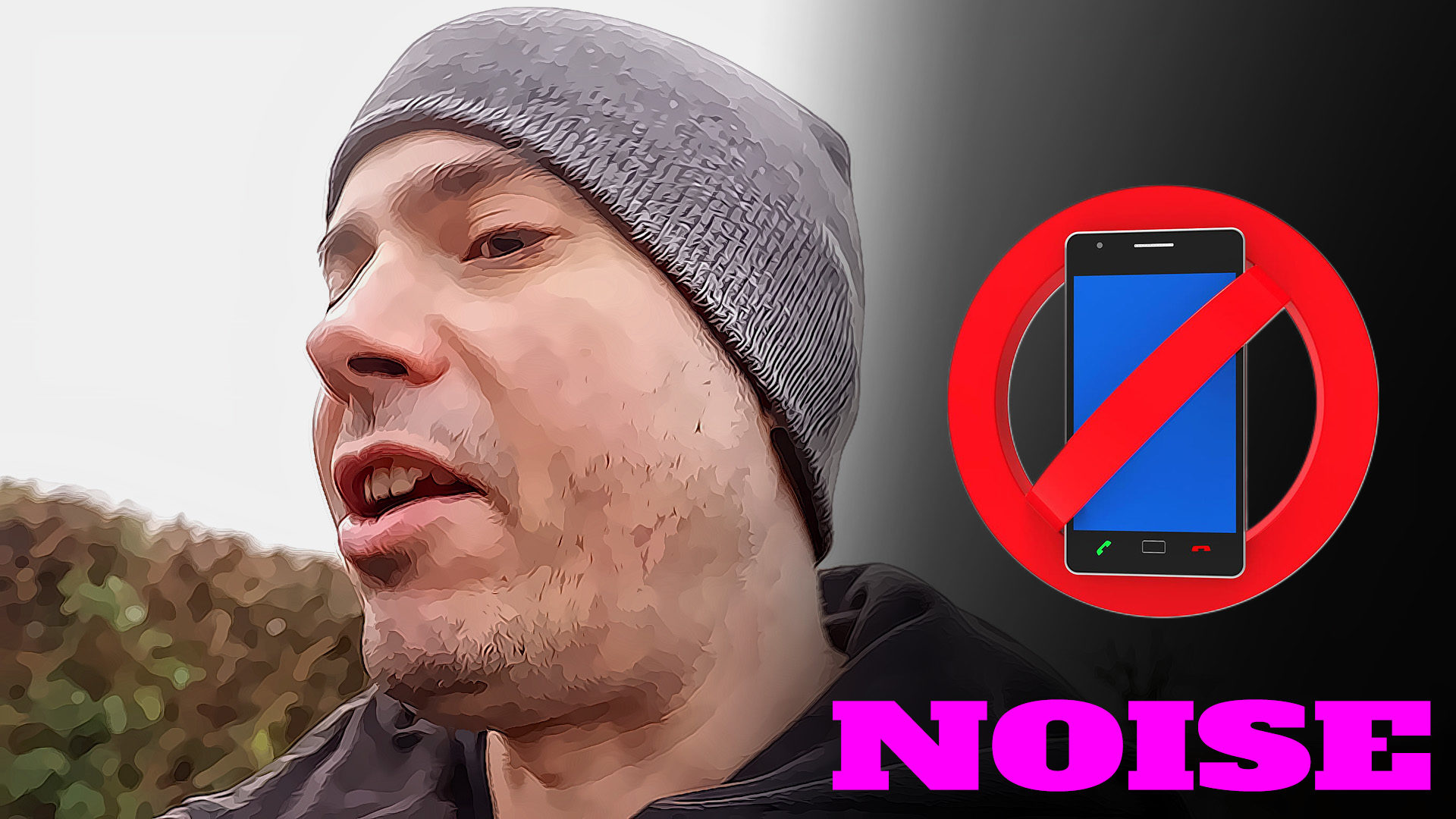